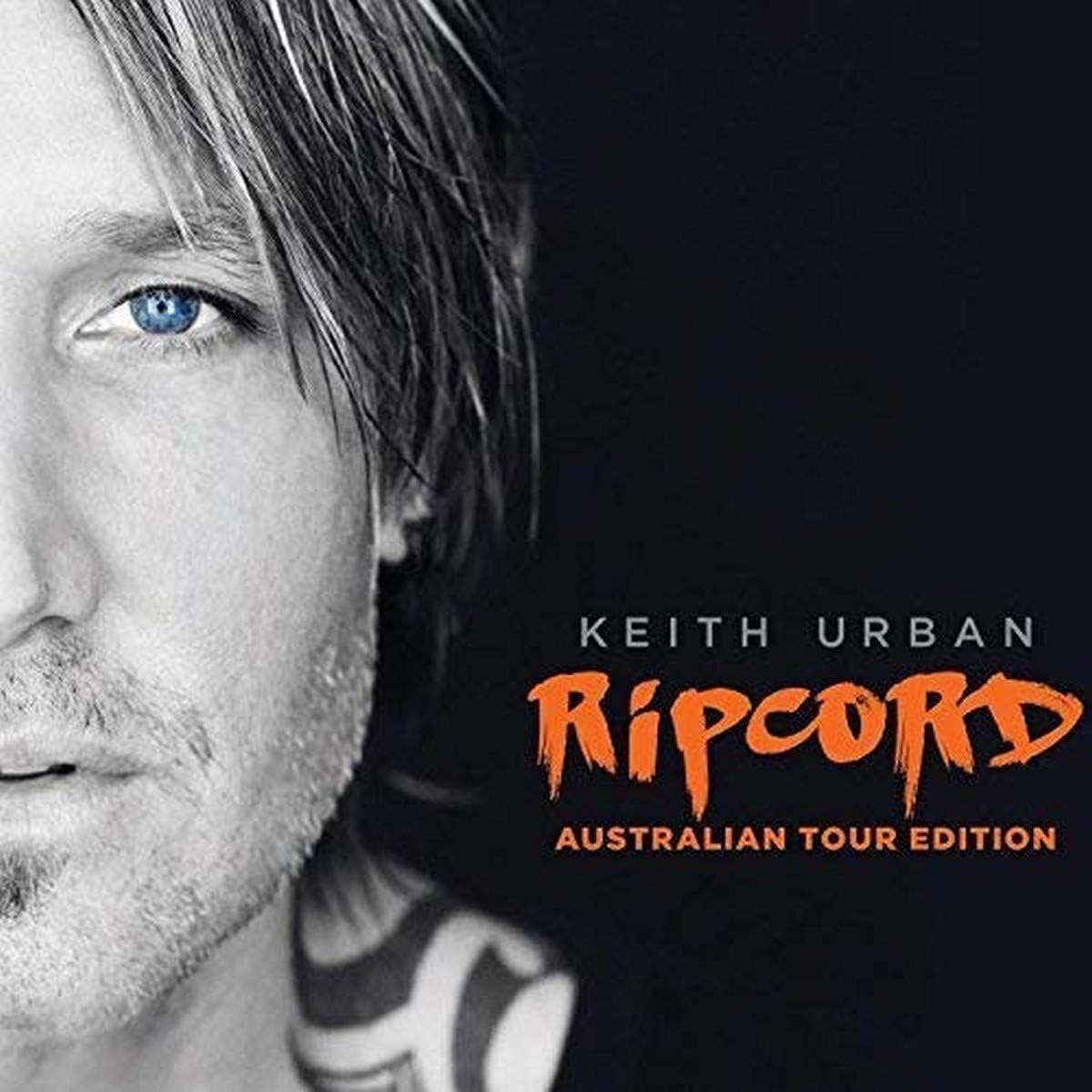 2CD Australian Tour Edition! Keith Urban has amassed over 16 million album sales worldwide and combined sales of 1.1 million units in Australia. His seventh studio album 'Fuse' was #1 and certified platinum in Australia, the United States and Canada (a first for any country artist) and followed his #1 ARIA Album debut for 2012's 'The Story So Far' (certified 3 x platinum in Australia) and #1 US and Australia for 2009's 'Defying Gravity.' The Australian Tour Edition of 'Ripcord' celebrates Keith's upcoming stadium tour in Australian with the additional of one take, one microphone versions of key tracks and a live mix from a a Jimmy Kimmel performance. 'Ripcord' features a virtual who's who of creative collaborators for an album that Urban says was his "most exhilarating album to make, both musically and creatively." "This album's journey began back in January, 2015 and took me to a lot of unexplored people and places," added Urban. "The end result was the recording and exploring of more songs then I've ever done before and carving that down to what I felt constituted 'Ripcord.'" For the 12-track album, Urban amassed an eclectic group of Grammy, CMA, ACM Award-winning writers and co-producers, who that have collectively worked with the likes of Adele, Jason Aldean, David Bowie, Luke Bryan, Kelly Clarkson, Brett Eldredge, Fun, Lady Gaga, Jay-Z, Madonna, Daft Punk, Pink and Taylor Swift. They include new collaborations with Jeff Bhasker, busbee, Greg Wells and Nile Rodgers, as well as those who Urban has worked with before, including Shane McAnally, Ross Cooperman, Dann Huff and Nathan Chapman all of whom worked with Urban on his previous No. 1 album, 'Fuse.' "Getting to work with people like this was unlike anything I've envisioned before," said Urban. "It's the result of writing, reaching, imagining, and following the muse every step of the way."